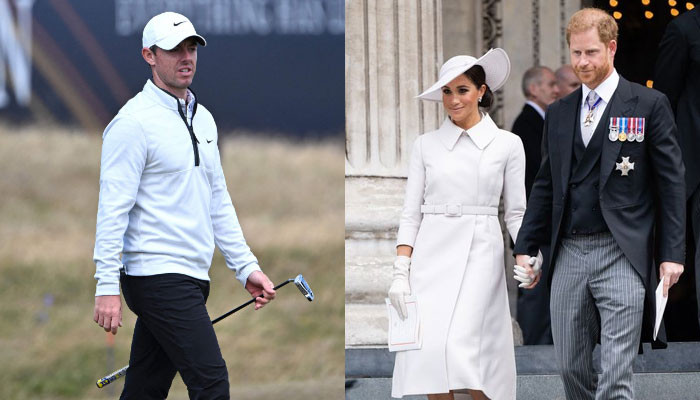 According to a report by the Express UK, the 33-year-old golfer sparked rumours that he was dating the former Suits star after their joint social media challenge before she met her now husband Prince Harry.

As per the report, Meghan Markle took part in the Ice Bucket Challenge after Rory McIlroy nominated her in 2014.

She accepted the golfer’s challenge and threw a bucket of water over her head.

Later, they were also spotted enjoying a meal in Dublin.

Fans of Meghan and Rory McIlroy started speculating they could be dating.

However, they had dismissed dating rumours and confirmed they were nothing more than friends.

Big 12: ‘Horns Down’ taunt can still be a penalty